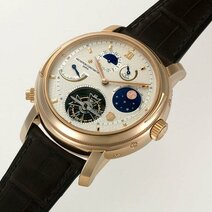 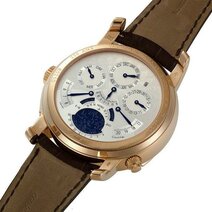 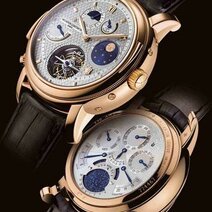 Born of the desire to defy the laws of mechanics by combining the greatest number of functions in one case, ultra-complicated watches are the ultimate expression of the watchmaker's art. These timepieces are almost exclusively made as a very limited edition - some will only ever be made once - for the joy of collectors and admirers of exploits.

The first pocket watches were derived from mechanical clocks which often featured an array of functions, notably astronomical indications. Little surprise then that as early as the sixteenth century, numerous timepieces should warrant the title of "complicated" and even "very complicated". Since these early examples, watchmakers have made every effort to extend the limits of their art - and demonstrate their own dexterity - by combining the greatest possible number of functions in the restricted space afforded by a watch case. The most celebrated example is Breguet's “Marie-Antoinette watch”, commissioned for the Queen of France though not completed until 1827. Intended to include every known complication of its time, among its many functions were a minute repeater, perpetual calendar, equation of time and power reserve indicator.

Other masterpieces have followed in the path of this legendary pocket watch, most often in La Vallée de Joux (Swiss Jura), one of the birthplaces of complicated watches. The foremost Manufactures continue to vie in their bid to create the "world's most complicated watch". Among these historical exploits, particular mention must go to the “Leroy 01” (1904) which (depending on how they are counted) has between twenty and twenty-five complications, and the “Graves” by Patek Philippe (1933) with its twenty-four complications. Also by Patek Philippe, the Calibre 89 (1989) is to this day the most complicated pocket watch ever.

Certain of its thirty-three complications are exceedingly rare, such as the secular perpetual calendar and Easter dates. Turning to wristwatches, Vacheron Constantin commemorated its 250th anniversary in 2005 with the unveiling of the “Tour de l'Ile” watch, "the world's most complicated double-face watch." Its movement, composed of 834 parts, and the two dials represent sixteen complications including an hour, quarter and minute repeater, Tourbillon, moon phases and age of the moon, perpetual calendar, equation of time, sunrise and sunset times and a representation of the night sky. Alongside such stunning demonstrations of savoir-faire, watchmakers propose an impressive number of “grande complication” watches which, while having fewer functions, are even more attentive to Simplicity of use, functionality and legibility.