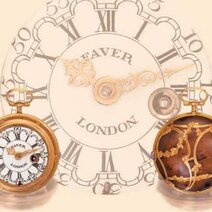 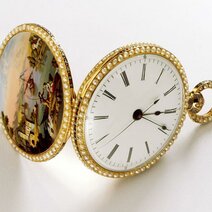 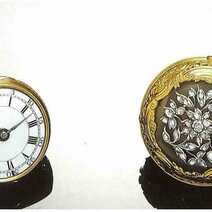 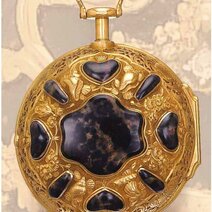 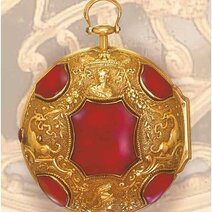 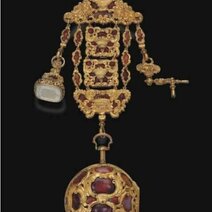 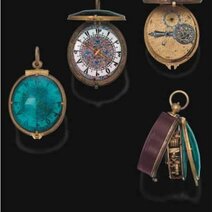 In England as in France, the rococo and neoclassic styles were very much in vogue between 1730 and 1820.

Under George III, bezels, case backs and middles were often sculpted from marbled or monochrome hard stones such as grey agate, brown agate or bloodstone, set in an engraved gold border. Some case backs were draped with a fine mesh of engraved gold whose garland motifs of branches and flowers were highlighted with coloured stones. Others were composed of hard stone medallions held by an imposing framework in engraved precious metal. The English, more than any other nation, fell in love with watches whose multicoloured decoration was a medley of stones, pearls and translucent enamel on a background of shimmering guilloché gold.