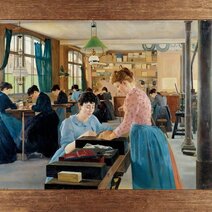 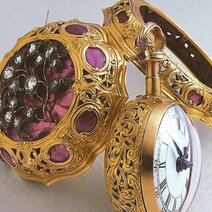 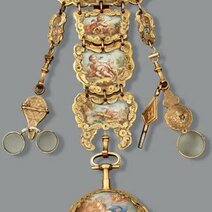 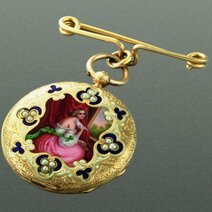 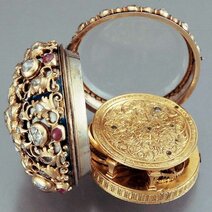 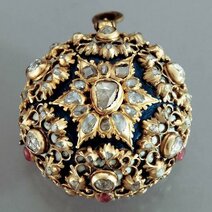 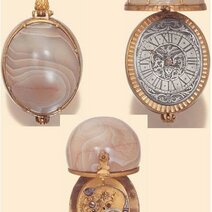 The jeweller is an expert in the art of mounting precious stones in gold, silver and, later, platinum so as to reveal their full sparkle and beauty.

It took several hundred years, until the eighteenth century in fact, for the profession of jeweller to reach its definitive form in Europe. Parisian goldsmiths, who made objects for everyday use, were given their first statutes in 768 and, in the early 13th century, formed a guild. Lapidaries, stonecutters and engravers worked with all manner of precious, fine and natural stones. New regulations governing their profession were adopted in 1584. Throughout the second half of the seventeenth century and first half of the eighteenth century, decrees were passed stipulating that precious stones were to be cut by lapidaries and sold by goldsmiths. The guild now included jewellers (joailliers), bijoutiers (distinct from jewellers as they did not work with precious stones), stone-setters (metteurs en oeuvre), and gold and silver merchants. In 1781 they were joined by lapidaries and goldbeaters. Evidence of this rich past can be seen today in the multiple forms of expression that still enter into the jeweller's art in the widest sense, from precious stones and gemstones to enamelwork, engraving and chasing. It is by no means unusual for a world-class jeweller today to also create bijoux and precious tableware.

Until the early twentieth century precious stones were, with few exceptions, just one of the techniques implemented when decorating a watch, which also called on the very different skills of the lapidary, engraver and enameller. The interplay of light and colour from the mat, brilliant and translucent enamels complemented and sometimes even surpassed those of precious and hard stones. Chased and engraved metal highlighted contours and motifs. As a functional but also decorative piece, some watches resembled figurative or geometric paintings while others showed a sculptural quality.