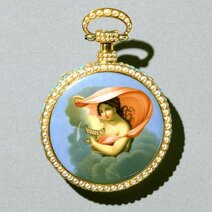 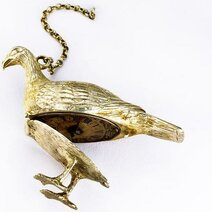 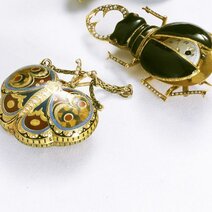 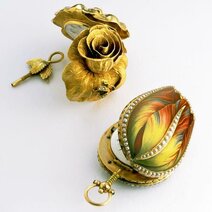 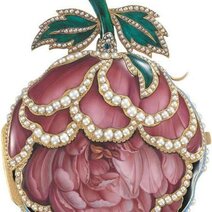 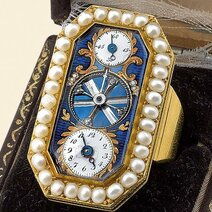 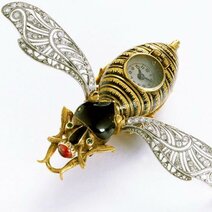 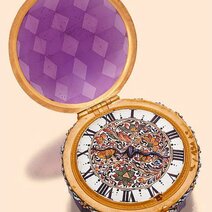 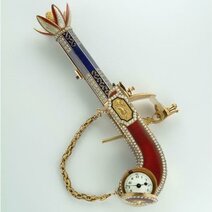 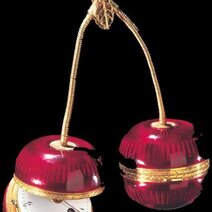 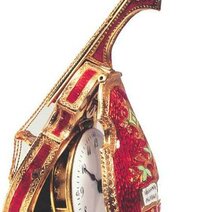 From around 1750 to 1850, the beauty of Genevan enamelwork was such that European watchmakers frequently turned to the city's craftsmen. Through them, Swiss watches acquired an international style, and many bore the name of Swiss, English or French masters. Post-1780, the entire case back became a canvas for enamel painting, edged with a row of half-pearls. Genevan enamellers perfected a technique known as fondant, a colourless layer painted on top of the enamel. It protected the enamel but also enhanced and accentuated the play of light on the different colours.

Some late eighteenth-century workshops became specialised in jewellery watches for the Chinese market, a trade that continued throughout the nineteenth century. Bovet, in Fleurier, and later Dimier, Juvet and Vaucher, produced watches with a centre seconds hand and finely engraved movement, always in matching pairs as it was customary in China to make gifts in twos. The cases were richly decorated with vibrant glazed enamel, and edged with a row of half-pearls. 1780 also saw the return of the fantasy watch, a characteristic style of the sixteenth and seventeenth centuries. The animal and vegetable realms inspired new models in the shape of butterflies, roses, daisies, peaches, pears, apples, oranges, strawberries, melons or walnuts. Others took the form of objects such as, but by no means limited to, baskets or musical instruments, perhaps a violin, lute or harp. Enamel-painted cupids alighted on heart-shaped watches set with pearls and rubies. Meanwhile, watches were being incorporated into other accessories, from snuffboxes and walking canes to perfume-spraying pistols, fans and opera glasses. Destined for a wealthy clientele, they were embellished with engraving, enamels and precious stones. Geneva was outstanding as a source of fantasy watches, although Paris, London and Vienna also produced some noteworthy pieces. Enamel was everywhere, in every hue and shade. Precious stones and half-pearls gave form to insects' bodies and antennae, traced the veins on a leaf or underscored the edge of a dial.

Originating in the sixteenth century, ring-watches became newly fashionable after 1780. Oval or rectangular, their bezel was characteristically outlined with pearls and diamonds. Often the dial was set slightly off-centre, creating space for a visible balance, or for automata to enact a scene. Wristwatches in 1800-1810 would adopt the same configuration.

After a parenthesis lasting from 1830 to 1890, when the watch was stripped of its jewellery aspect to fulfil a functional role, the fantasy watch returned with Art Nouveau. Flowers, branches and insects were portrayed in enamel then highlighted with precious stones. The counterpoint to their astonishing realism would be the Art Deco watch with its stylised motifs.