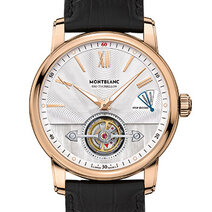 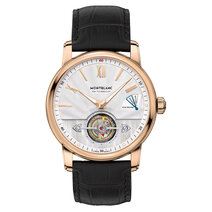 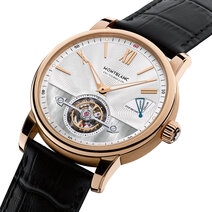 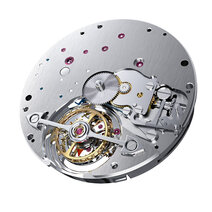 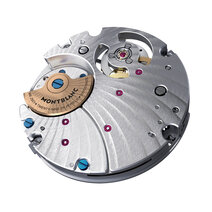 For its 110th anniversary, Montblanc turns the spotlight on its 4810 collection, including this ExoTourbillon which completes the brand's patented complication with an instantaneous stop-seconds function. The ExoTourbillon is so-named because it separates the Tourbillon cage from the balance wheel, which in this instance measures a respectable 9.70 mm in diameter. The off-centre micro-rotor allows a clear view of the movement and does not add additional height to the calibre, at 4.50 mm. Seconds are shown by an arrow on the tourbillon cage. When the stop-seconds function is operated, only the balance is halted rather than the entire tourbillon cage. The different crown positions of setting, winding or stop seconds are shown in a gauge on the dial. 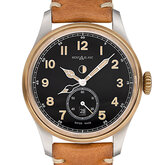 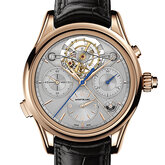 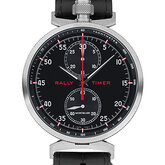 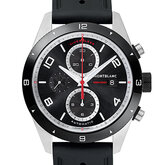 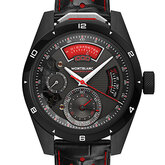 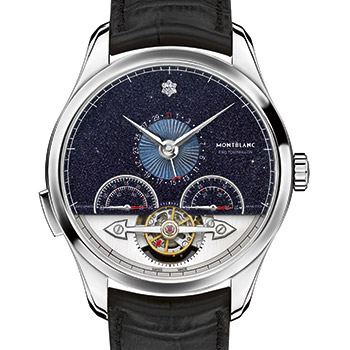 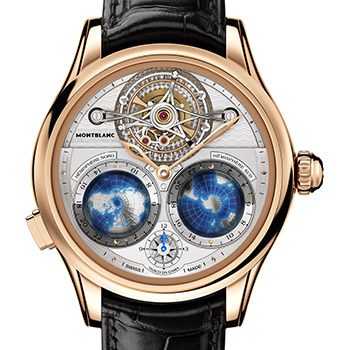 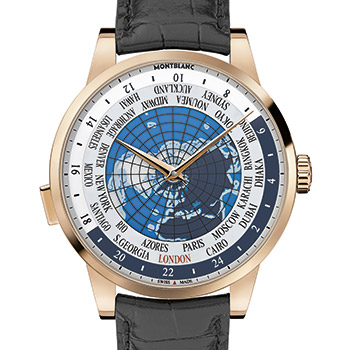