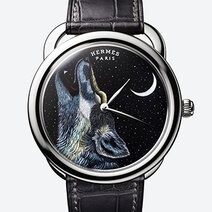 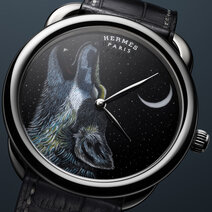 After the delightful Grrrr! bear who ambled down from his mountain lair in 2016, Hermès takes us into the woods to see if the wolf is there. The latest creature in the Hermès bestiary, this fascinating animal, drawn by Alice Shirley, first howled at the Moon on a man's scarf before a new starring role on the dial of the Awooooo watch. So as to replicate the artist's pure line and the rich palette of greys of the original, Hermès has chosen enamel. A starry night sky, a sliver of moon and the wolf's thick, silvery-grey fur are depicted with wonderful realism by means of an extremely fine brush. Each successive stage is fired in the oven, resulting in a perfect miniature painting. Hours and minutes are precisely counted by the Hermès H1837 manufacture movement. 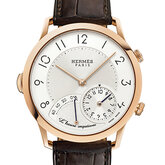 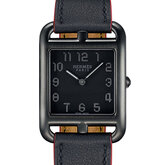 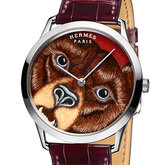 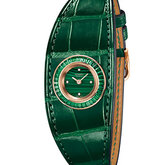 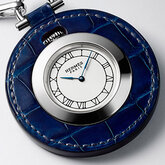 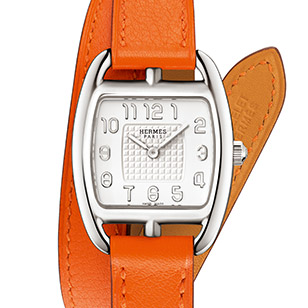