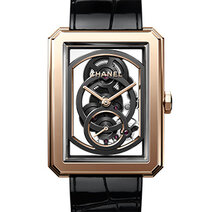 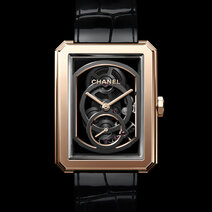 Launched in 2015, the Boy.Friend puts a more masculine spin on Chanel's Première watch. This is the first appearance in the collection of a skeleton movement. Developed and made at Romain Gauthier (Chanel took a stake in the firm in 2012), this Calibre 3 is Chanel's third haute horlogerie movement and took three years to develop. Designed to be admired from both front and back, it takes the form of interlocking circles that appear to be suspended inside the beige gold octagon of the case. Mirror-polished bevels contrast with the black galvanic finish on the bridges. Also proposed with diamonds. 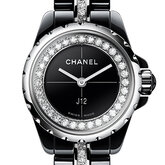 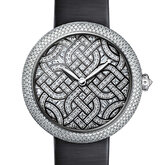 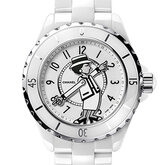 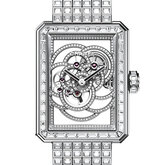 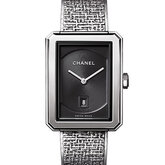 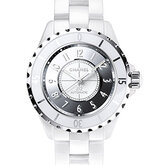