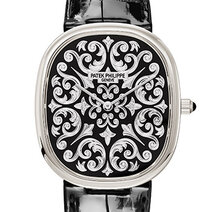 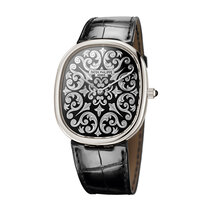 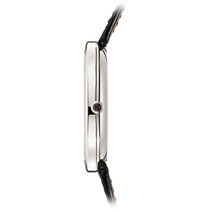 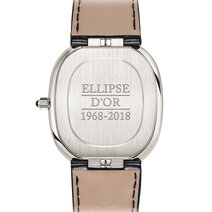 To celebrate the fiftieth anniversary of its Golden Ellipse, Patek Philippe has created a limited-edition series of 100 anniversary sets, each consisting of a platinum watch with matching cufflinks. The dial of the watch uses black enamel as a background for the volute pattern that is hand-engraved in the 18k gold plate, thus combining two of the oldest ornamental techniques employed in watch decoration. This volute pattern blends perfectly with the unusual shape of the Golden Ellipse, a cross between a circle and a rectangle. The solid caseback bears a commemorative engraving: "Ellipse d'Or 1968-2018". The movement is the extra-thin Calibre 240 with automatic winding, the Secret to the slimness of the case. Also proposed as a non-limited edition in pink gold with an ebony black sunburst dial. 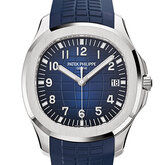 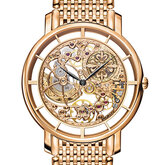 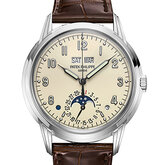 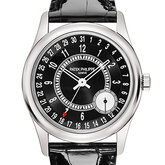 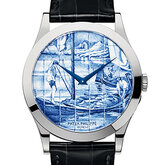