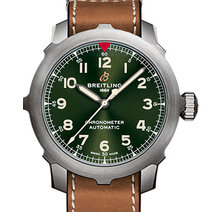 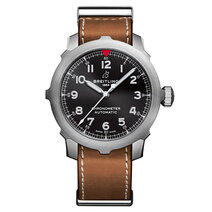 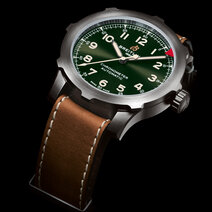 The Reference 637 stopwatch is one of the watches to come out of the HUIT Aviation Department that Willy Breitling set up in 1938, specifically to produce cockpit instruments and robust, legible pilot's watches. Shortly before the Second World War, the Royal Air Force ordered a large quantity of the Reference 637 which bomber pilots wore strapped around their thigh. The new Navitimer Super 8, which features a prominent crown now placed on the right side of the case and a distinctive bidirectional rotating bezel for an overall diameter of 50mm – is largely inspired by this historic model. Inside ticks the COSC-certified B20 calibre which is based on Tudor's MT 5612 calibre. 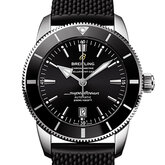 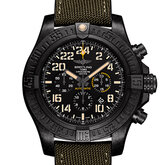