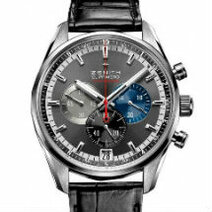 The Jumping Seconds chronograph is distinguished by a chronograph hand completing its rotation in just 10 seconds and thereby considerably improving the 1/10th of a second read-off. This significant new feature is backed by six-times larger divisions on the outer dial ring (10 seconds instead of 60) enabling totally accurate readings to within 1/10th of second.

One particularly important feature of this model lies in the Chronograph stop function. When it is stopped, the hand-locking system brings the hand to an extremely precise halt, since the brake-lever positions the hand between two of the 100 teeth on the chronograph wheel, thereby further enhancing the precision of the 1/10th of a second read-off.

The original El Primero movement sweeps around the dial in 60 seconds in tiny 1/10th of a second jumps, meaning the chronograph hand performs 600 jumps a minute. The ultra-fast stopping and restarting of this large chronograph hand 10 times a second calls for a huge amount of energy. The watch functions had to be significantly improved and optimised to enable this energy-consuming acceleration. Seeking to reduce the energy required naturally entailed making the movement wheels as light as possible, which is why some of them are in silicon – a material three and a half times lighter than its traditional counterparts. 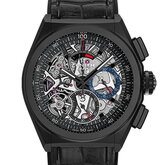 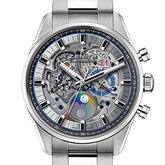 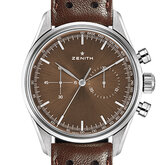 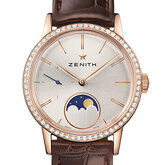 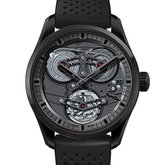 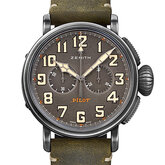