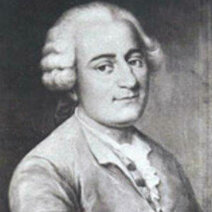 Served his apprenticeship with his brother, Jean-Henri, a pendulum maker. Established in Paris in 1745.

Member of the Institute (nominated in 1795).

Member of the Royal Society of London.

Became a Knight of the Legion of Honour in the reign of Napoleon I.

Pioneer of chronometry in France (with Pierre Le Roy).

Made his first chronometer in 1754.

Invention of a spring escapement. Invention concomitant but probably obtained independently from those of John Arnold and Thomas Earnshaw.