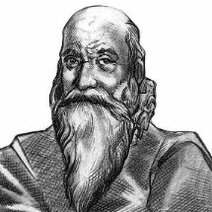 Swiss, established in Strasbourg, he was born into a dynasty of some twenty watchmakers, beginning with Joachim Habrecht of Schaffhausen (Switzerland) in the 16th century until Abraham Habrecht IV of Strasbourg in the 18th century.

Isaac and his brother, Josias, were hired by Conrad Dasypodius to build the second astronomical Clock for Strasbourg Cathedral, which was installed in 1574.

Isaac Habrecht built two other astronomical clocks, one in 1580 for Heilbronn City Hall and a second in 1581 for Ulm City Hall, both in Germany.

Certain of his portable astronomical clocks have been conserved, including at the British Museum in London and at Rosenborg Castle in Copenhagen.

With his brother, Josias, made the second astronomic clock at Strasbourg cathedral (on the basis of calculations by Conrad Dasypodius).

Construction of astronomic clocks at Heilbroon and Ulm (Germany).

Construction of musical clocks with automatons in Denmark.