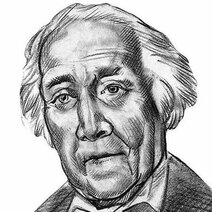 Served his apprenticeship with his uncle, Abraham Gagnebin, then was apprenticed to Abraham Louis Perret-Jeanneret, master watchmaker in Le Locle, under the terms of a notarial letter of apprenticeship dated March 20th, 1761.

Then moved to Le Locle.