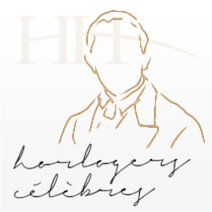 Clockmaker to Louis XVI of France.

The Lepaute family was an important watchmaking dynasty throughout the 18th and 19th centuries.

He built a number of monumental clocks, including for the Palais du Luxembourg in Paris (1748) and, with his brother Jean-André, for the École Militaire in Paris (1772). The striking Clock with equation of time and a compensation gridiron pendulum which he made in 1780 for Paris City Hall was destroyed in 1871 during the Commune uprising. In 1784 he built a clock for the Hôtel des Invalides, again in Paris.