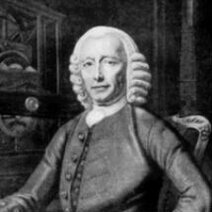 Applied the grid compensation on clocks (grid pendulum). The grid pendulum used two metals (steel and brass) which dilate under the effects of varying temperature. It was an alternative to George Graham's mercury pendulum until the development of the invar by Charles Edouard Guillaume in 1895.

He invented the "grasshopper" escapement, a new form of deadbeat escapement for clocks. Difficult to set, it was not often used, except by John Harrison himself. It worked with great amplitudes (subject to circular error) and was combined with an equality winder (system guaranteeing constant force).

Invented a system to compensate for the effects of temperature variation (Harrison compensation): used bi-metallic blades to control the active length of the spiral.

After years of research, Harrison tested his H4 chronometer in sea trials, first from 1761 to 1764. Its accuracy exceeded that required by the numerous competitions which, since the late sixteenth century, promised a reward to whomever solved the so-called "longitude problem."

Rewarded by the English Parliament for having solved the problem of longitude. Received two instalments (1762 and 1765) after tests on his fourth chronometer, called H 4 and the balance (1773) after having produced a fifth and last chronometer.