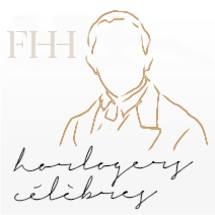 He was at the head of the workshop belonging to his uncle, Ferdinand Berthoud, later succeeding him.

A specialist in precision timepieces, he made marine and pocket chronometers, astronomical clocks and watches.

A member of the French Academy of Science, he is the author of a book of "conversations" on naval timekeeping: Entretiens sur l’Horlogerie à l’Usage de la Marine (1812).