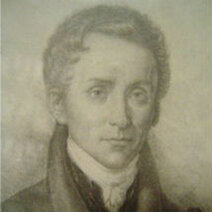 Son of Jürgen Jurgensen, at the head of the Jurgensen family of watchmakers.

He was apprenticed to Abraham-Louis Breguet and to John Arnold, among others, and worked with Ferdinand and Pierre-Louis Berthoud, John Arnold, and Jacques-Frédéric Houriet, whose daughter he married.

Reputed to be one of the most brilliant manufacturers of marine chronometers, he experimented with compensation balances in copper and platinum, and advocated the use of gold for balance springs. He built observatory chronometers and clocks, as well as chronometers and thermometers for the Danish Navy.

He is the translator of The Higher Horological Art and author of Rules for the Accurate Measurement of Time.

Clockmaker to Frederick VI of Denmark and supplier to the Danish Admiralty.