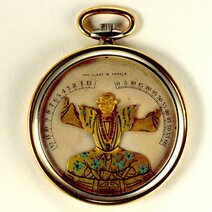 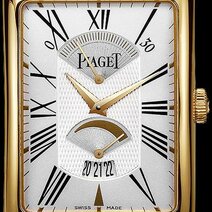 “Retrograde” hands sweep a segment of a circle before springing back to their initial position to begin their movement again. Their endless choreography is an inspiration for innovative and highly spectacular dials.

While most watches display time by means of hands rotating on an axis, some watchmakers have given free rein to their creativity by developing alternative displays. In the late seventeenth century, some pocket watches' hour hand would sweep a segment of a circle for half the day then return to its starting point to begin all over again. Abraham-Louis Breguet used this type of "retrograde" mechanism in the late eighteenth century for functions such as the date or the equation of time. After falling somewhat out of favour, retrograde displays returned to the spotlight on late twentieth-century wristwatches. Today they are very much in vogue and take all manner of forms. Technically speaking, there is nothing revolutionary about this system as the movement's overall construction remains the same. The difference comes at the very end with the complex mechanism of rack, pawls and springs, conceived and made with the utmost precision, that drives the hands. Retrograde hands lend themselves to all types of indication, for example the hour, minute and date, and this versatility has inspired a wave of "bi-retrograde" and "tri-retrograde" watches. The retrograde system is especially impressive with fast-moving indications such as the seconds. Very often, retrograde hands are combined with jumping indications.