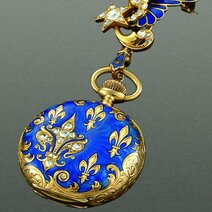 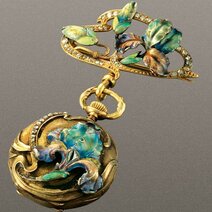 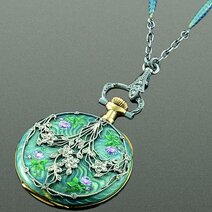 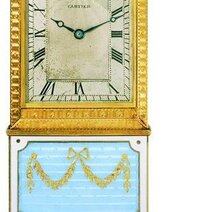 France, under the Second Empire, renewed with decorative styles from the past without succeeding in developing an aesthetic that would distinguish that era.

Louis XVI style won new appeal circa 1850 and would continue to exert its influence on architecture, furnishings, clothing and jewellery until the First World War. After 1863, the architect Viollet-le-duc was central to the Gothic revival and medievalism, whose roots lay in the study of nature. A new international artistic current would gradually emerge. Known as Art Nouveau in France, Secession in Vienna and Modern Style in America and Britain, its flowing, asymmetric forms depicted stylised representations of flowers, plants and the female form. Goldsmiths and bijoutiers subscribed to this movement, which flourished between 1895 and 1910.

The tools of their trade remained chasing, engraving and enamelling, using stones only to emphasise the curves of fantasy watches in the form of insects, flowers and miniature objects.Jewellers, meanwhile, remained faithful to the garland style, seen as an alternative to Art Nouveau, for their creations in precious metals and stones. Directly descending from Louis XVI style, its leitmotivs were garlands, laurel wreathes, bows, tassels and lace. These patterns were in evidence on pocket watches as well as on precious clocks of this era.