The use of electrical energy in large clocks developed over the course of the latter half of the 19th century ultimately taking precedence when the mechanical power provided by the mainspring reached its limits.

As early as 1934, the precision of a quartz Clock made it possible to detect variations in the rotation rate of the Earth. However, it was only with the first miniature batteries that quartz was able to enter the wristwatch.

From the electric watch to quartz

Samuel Ruben and Philip Rogers Mallory invented the first battery for an electric wristwatch. These cylindrical mercury cells were the size of a button and had an autonomy of around twelve months.

John Bardeen, Walter Brattain and William Shockley invented the germanium transistor. Its high cost and lack of efficiency meant it wouldn't be incorporated into a wristwatch until circa 1960.

Engineers from Lip (France) and Elgin (US) worked together to produce the first prototype electric wristwatches. Although differently constructed, both contained an electric circuit comprising a battery, a coil and a microcontact. They were as accurate as a mechanical watch thanks to their conventional balance and spring. They were commercially launched five years later.

Max Hetzel, an engineer at Bulova, filed a patent in Switzerland for a tuning-fork wristwatch.

Etablissements Léon Hatot filed a patent in France for a watch with a transistorised movement and balance.

February 6th, American electrical engineer Jack St. Clair Kilby filed a patent for the first integrated circuit. While he is credited with the invention of the integrated circuit, a more reliable version that was patented around the same time by Robert Noyce would be the basis for all future developments.

Bulova launched the Accutron wristwatch, based on a patent filed in 1953. A battery supplies energy to an electronic circuit which converts direct current into alternating current. This causes a tuning-fork, which replaces the conventional balance wheel, to oscillate.

Electrical watches were as accurate as a mechanical chronometer.

Commercial launch of the Dynotron electronic wristwatch with balance and spring.

The Centre Electronique Horloger in Neuchâtel, Switzerland, produced the first prototype quartz wristwatch, Bêta 1, which was entered into chronometry competitions the following year. Results showed its precision to be twelve times that of mechanical chronometers and six times that of tuning-fork chronometers. 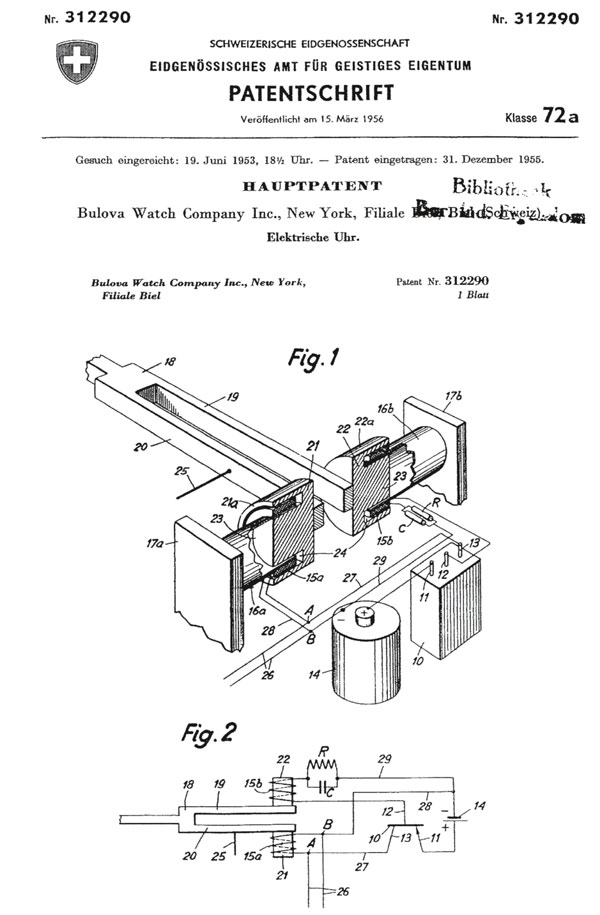 Hamilton launched the Pulsar, the first quartz wristwatch with a LED display.

December 25th, the Seiko Quartz Astron 350SQ, accurate to one minute a year, was revealed in Tokyo. 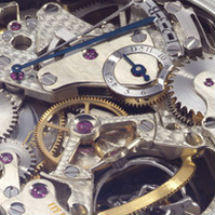 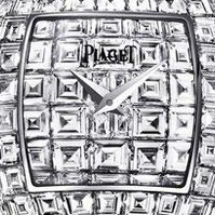