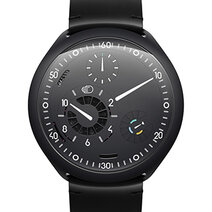 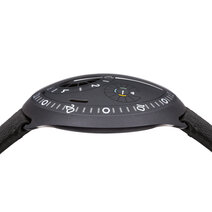 Ressence presents the first mechanical watch with a smart crown. The Type 2 originated with the exclusive Ressence Orbital Convex System (ROCS) module, in which discs and dials endlessly orbit one around the other for a more efficient way to tell the time. By adding the e-Crown, which automatically adjusts and sets the watch to the right time when needed, Ressence has combined the reliability of electronics with the emotional appeal of mechanical engineering. Light energy powers this smart crown, which is activated by tapping the crystal. Visually, it is represented on the dial by the four positions of the selector subdisc. The user sets the watch manually to begin with, using the lever on the back of the case, then double-taps the crystal to confirm. From that point on, the e-Crown takes over, checking and altering the time automatically, even after three months off the wrist. 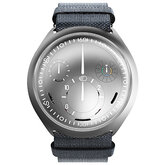 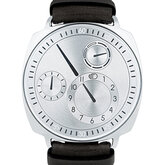