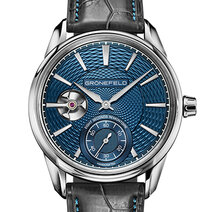 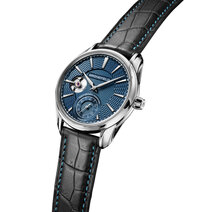 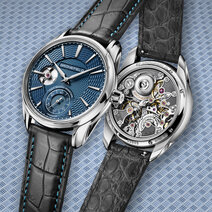 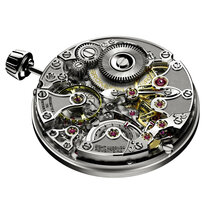 After taking the honours at the 2014 Grand Prix

d'Horlogerie de Genève with the Parallax Tourbillon, the Grönefeld brothers

triumphed again in 2016 with the 1941 Remontoire which, as its name suggests,

gives pride of place to the remontoir d'égalité. The energy supplied by the

mainspring varies depending on its torque; the remontoir is a second spring

gear train running at a regular rate and with constant force. Given the energy

this assembly requires, the power reserve is just 36 hours. The Grönefeld

brothers have been equally attentive to the aesthetic of these new versions,

and turned to Kari Voutilainen for the guilloché dials, executed with his usual 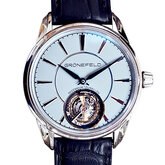 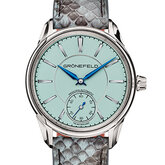 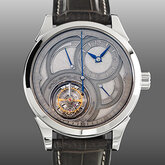