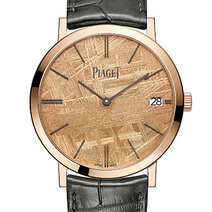 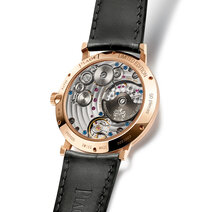 Piaget needs no introduction as a master of extra-thin movements, ever since the manual-wind 9P calibre, released in 1957 and just 2mm high. During the 1960s, the brand was also acclaimed for its original hardstone dials. This year, it carries on both traditions with the introduction of three models featuring meteorite dials in its Altiplano collection. The meteorite has been given a galvanic treatment to impart a golden, blue or anthracite colour, depending on the model. The blue dial version also has 72 diamonds (approximately 1 carat) around the bezel. Piaget has equipped these 40mm-diameter watches with the automatic-winding 1203P calibre, which stands barely 3mm high. All three are proposed as limited editions. 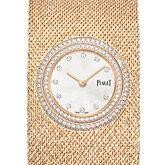 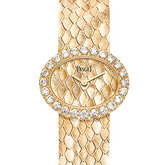 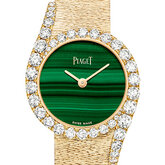 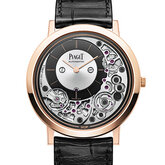 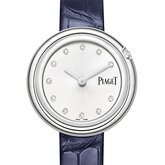 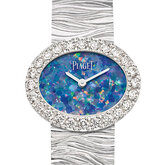 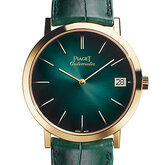 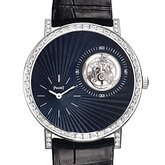 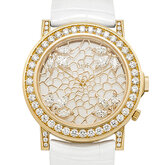 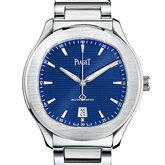 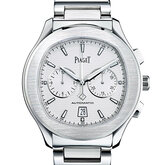 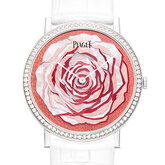