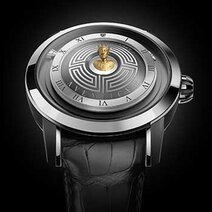 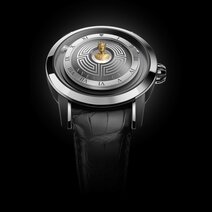 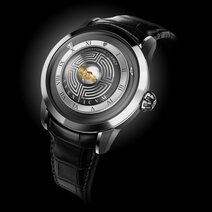 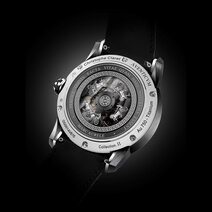 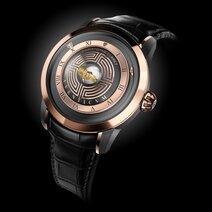 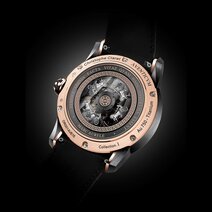 Made as a tribute to the ancient capital of Roman Helvetia and the Avenches Roman Museum, Aventicum boasts a micro-sculpture in gold, a mere 3 mm high, that is a replica of a bust of Emperor Marcus Aurelius. Combined with a system of mirrors known as a mirascope, the observer sees the bust as though projecting from the dial, at the centre of a labyrinth. Hour and minute hands attached to the flange revolve around the outside of Roman numerals. The sapphire back reveals the self-winding movement and its patented sapphire rotor, embellished with five Roman Gaul racing chariots. Aventicum is proposed as two limited editions: 68 in red gold and titanium; 38 in white gold and titanium.