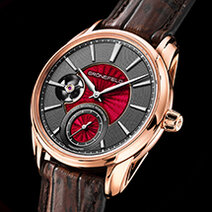 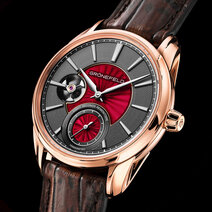 Grönefeld is able to offer a vast choice of coloured and patterned dials. The dials are engine-turned, or guilloché as it is also known. This process confers each dial with its own unique appearance. The beauty of these engine-turned patterns can be even further enhanced with the even more exclusive technique of enamelling.

Coloured transparent enamel is applied to the dial surface to bestow a magnificent depth and lustre to the engine-turning. The words "engine-turned" may suggest that a computer-aided machine is used to make the patterns, but nothing could be further from the truth. The dials are produced on an age-old machine. Every decorative line is slowly cut by a deft hand and thanks to the skilful precision of a well-trained eye. It takes several days of painstaking and patient effort to produce just one guilloché dial. The Bespoke series is available in a stainless steel, red gold or white gold case. Since its launch in 2016, the 1941 Remontoire has won five awards. In November 2016 Grönefeld won its second distinction at the prestigious Grand Prix d'Horlogerie de Genève, this time for the best watch in the Men's Watch category. 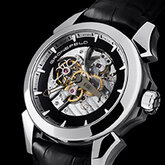 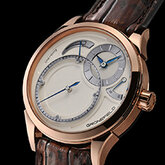 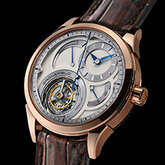 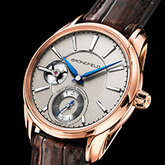