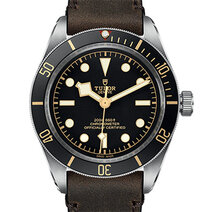 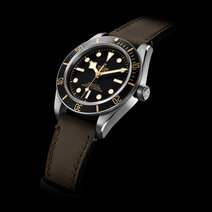 Tudor named its Black Bay Fifty Eight after the launch year of the first Tudor dive watch to be resistant to a depth of 200 metres: reference 7924, or the Big Crown as it became known. This new watch's case is made from steel, is also water-resistant to 200 metres and has a diameter of 39mm, typical of the era. Gold accents lend another vintage touch, with gold on the markers, hands and on the minute track on the black and steel bezel. The MT5402 calibre kicks off a second family of movements from Tudor, three years after its first in-house calibre. Measuring 26mm in diameter and with central hours, minutes and seconds indications, it will equip the brand's intermediate-size watches. 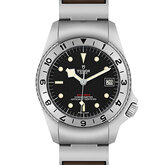 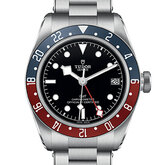 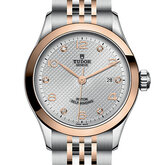