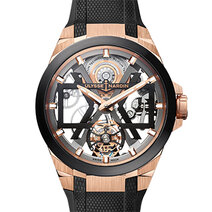 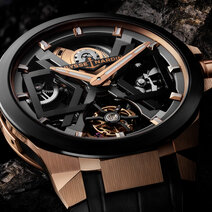 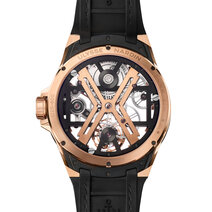 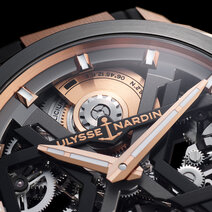 Ulysse Nardin puts the sculptural forms of the Blast front and centre. Modelled along the lines of stealth aircraft, it describes itself as "an avatar of its time, made with rock-hard, masculine lines." A worthy heir to the Executive, whose transparency it accentuates with the X-shape that reaches across the movement, its silicon tourbillon beats at 2.5 Hz. Winding is by a microrotor, mounted on the barrel, that delivers three days of power reserve. The Blast’s openworked design is crisply rendered on each of the four iterations in titanium, black ceramic, white ceramic or pink gold. 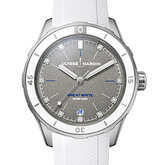 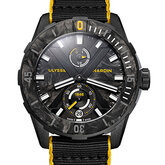 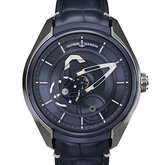 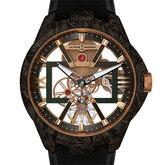 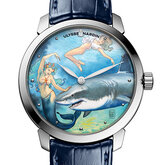 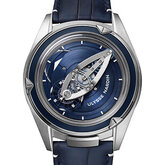 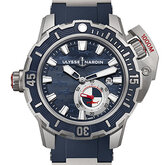 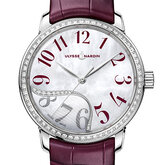 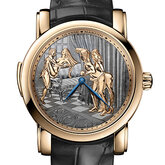 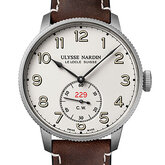 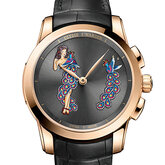