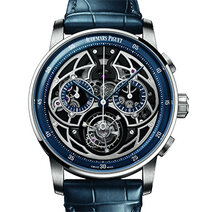 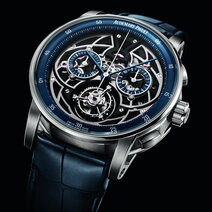 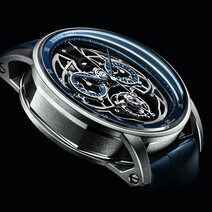 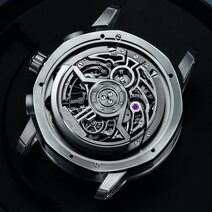 A new addition to the Code 11.59 collection. Audemars Piguet first combined a tourbillon with a Chronograph — not forgetting a minute repeater — in 1999 in the Jules Audemars Tradition d’Excellence N°1. Next, in 2003, came Calibre 2889, its first automatic chronograph tourbillon movement which debuted in the Royal Oak collection. Now, for the first time in its history, Audemars Piguet associates the practicality of a flyback chronograph with the visual delight of a flying tourbillon, both integrated in an automatic movement. The case, in 18k white gold, opts for a pleasantly wearable 41mm diameter. Its face blurs the line between dial and mechanism. Movement and design elements total no fewer than 100 hand-polished angles, and are finished with alternating satin-brushing and sandblasting. A limited edition of 50. 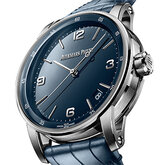 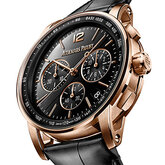 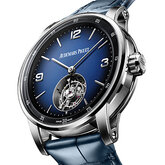 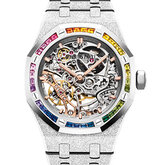 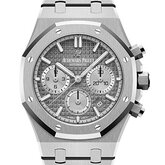 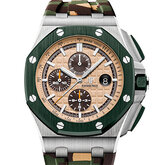 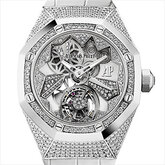 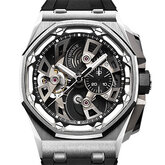 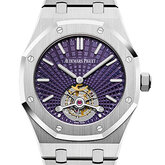 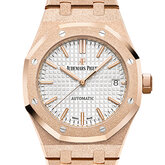 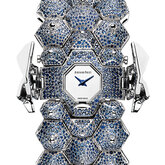 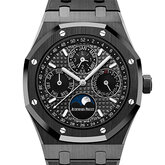