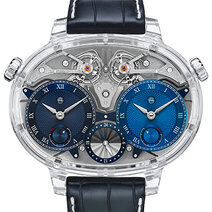 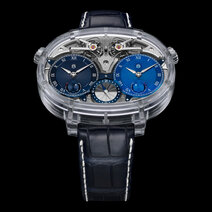 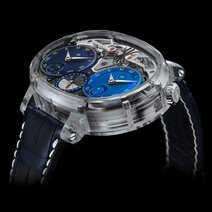 How to give a 360° vision of the intricacies of watchmaking? Armin Strom's response is to take transparency to its ultimate level, and surround two independent movements with an impressive sapphire case. This is a visual immersion into the deepest recesses of these two mechanisms which, arranged side by side, track two different times. The key, which was three years in development, is the patented Resonance Clutch Spring which synchronises the movements using this fascinating physical phenomenon for significantly greater timekeeping precision. Each movement has its own power-reserve indicator, in addition to a 24-hour day/night indication for both displays. Armin Strom has chosen a classical aesthetic for the dials, as if to reinforce the ultra-contemporary nature of the case. 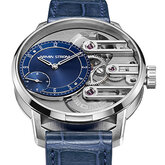 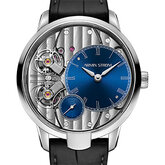 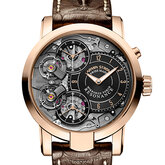 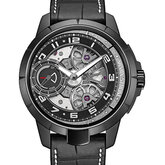 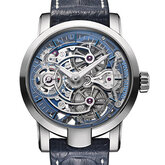 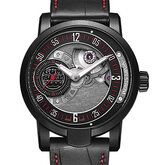