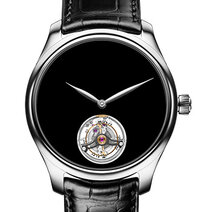 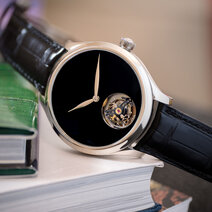 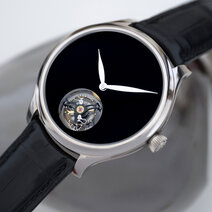 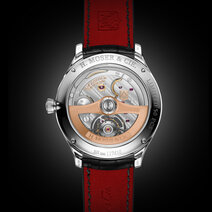 Previous versions by H. Moser & Cie. of its Endeavour Tourbillon Concept were already remarkably minimalist in their staging of the brand's modular flying tourbillon. The dial was stripped of all but its central hour and minute hands, leaving the hypnotic movement of the tourbillon to dominate the scene. The effect is all the more striking on this new variant with Vantablack® dial. An innovative material used in astrophysics, in particular for telescopes, Vantablack® is an ultra-black coating composed of vertically aligned carbon nanotubes that absorbs 99.965% of light. Against a sea of blackness, stripped of markings, where light is never reflected, the tourbillon reclaims its sometimes disputed title of the king of complications. 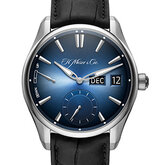 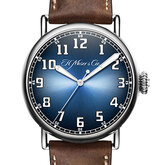 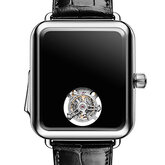 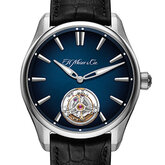 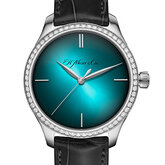 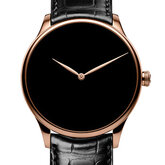 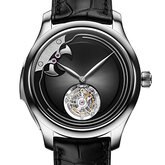 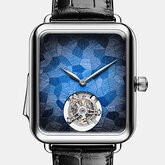 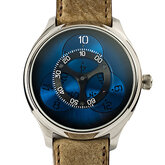 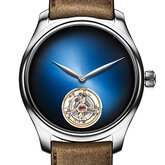 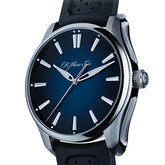 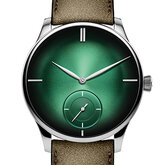