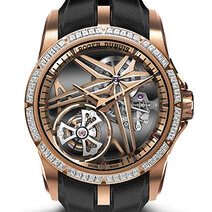 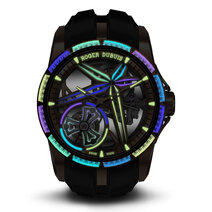 Skeletonwork and the tourbillon complication are two established style signatures of Roger Dubuis, confirmed by the flying tourbillon of the Excalibur Glow Me Up. However, it’s only when the lights dim that this mechanical beauty in pink Eon Gold shows its true colours, when the 60 baguette-cut diamonds on the bezel actually glow. The technical wizardry behind this magical effect is a patented process in which Super-LumiNova® is added inside the grooves that secure the diamonds in place. And that’s not all. Using a second patented technique, the movement chamfers and the brand’s emblematic star-shaped tourbillon bridge are painted with Super-LumiNova® so that they too come alive after dark in vibrant blue, green, purple and yellow. The Excalibur Glow Me Up is produced as a limited edition of eight, powered by the manually-wound RD512SQ movement. 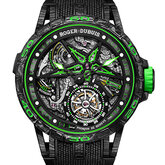 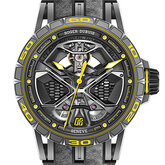 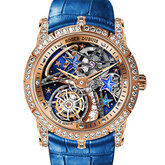 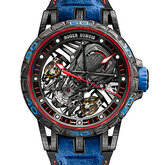 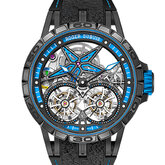 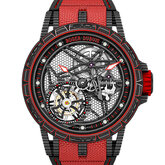 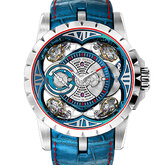 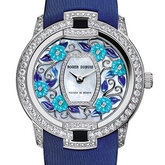 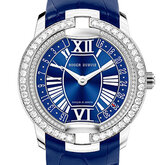 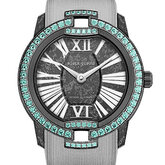 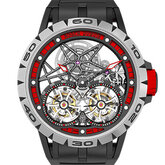 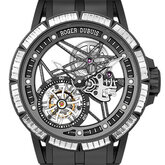