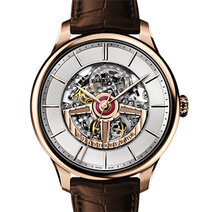 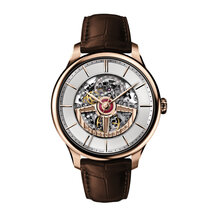 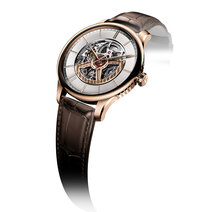 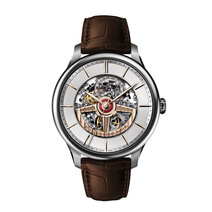 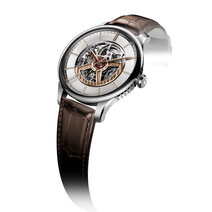 As a tribute to Abraham-Louis Perrelet, pioneer in 1777 of the self-winding movement with rotor, in 1995 the eponymous brand developed the first "double rotor" calibre, the P-181. One rotor sits under the movement while the second is visible on the dial side where it can be seen winding the movement. This year, Perrelet celebrates the 20th anniversary of its invention with the First Class Double Rotor Skeleton, proposed in a steel version and in 18k pink gold. The openworked dial and upper rotor allow a clear view of the skeletonised P-481manufacture movement. True to the original, Perrelet has conserved the visible ruby at the centre of the mechanism, adding a touch of vibrant colour. 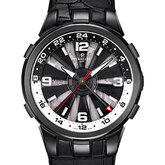 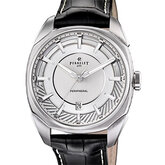 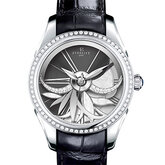 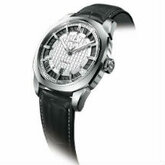 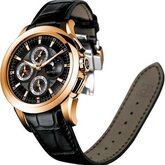