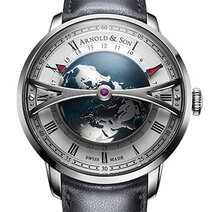 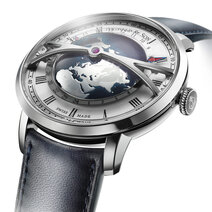 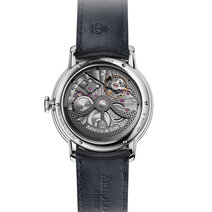 Watchmakers in the late eighteenth and early nineteenth centuries, John Arnold and his son were highly regarded as makers of precision marine chronometers – instruments used to calculate longitude at sea. This Globetrotter watch is part of Arnold & Son's Instrument collection, inspired by these first chronometers. The Northern Hemisphere is depicted in particular detail and in three dimensions at the centre of the dial. This rounded world-time display makes one complete rotation every 24 hours, sweeping a sapphire disc that is transparent between 06:00 and 18:00 (for daytime) and has a metallic treatment from 18:00 to 06:00 (for night-time). The time anywhere in the world can thus be read at a glance on this miniature map. The hour and minute hands appear from under this globe, which appears to float above the dial. An impressive bridge adds the final seal. 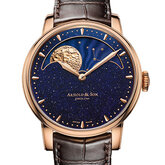 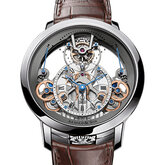 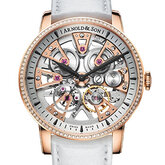 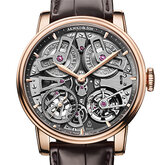