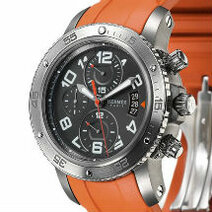 A Clipper, the fast and easily manoeuvrable three-masted ship lent its name to a Hermès watch collection designed by Henri d’Origny in 1981.

In 2010, this line, with its rounded curves forming a shape reminiscent of the portholes on the legendary sailing ships, is innovating by adopting a 44 mm case in titanium, a material lighter and more powerful than steel and which is notably used in competitive sailing due to its impressive performances and exceptional resistance. Inside beats a mechanical self-winding Chronograph movement that is the epitome of reliability and precision, faithfully marking off time and perhaps enabling the wearer to suspend its relentless flight… After matt black and daring orange versions, the strap now appears in a warm shade of brown. 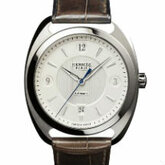 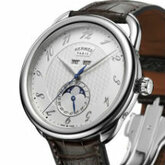 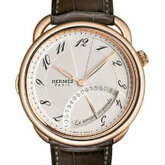 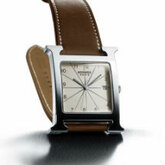 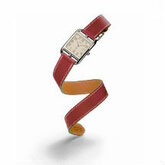