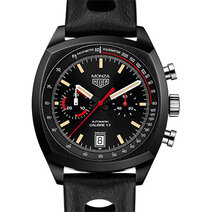 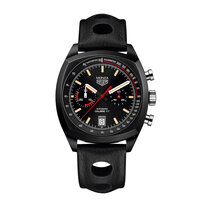 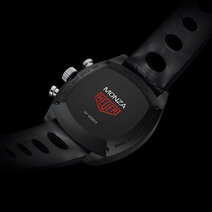 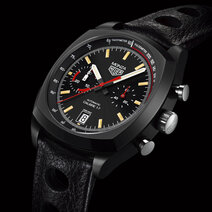 In 1976, Jack Heuer, great-grandson of the brand's founder, designed a Chronograph to celebrate Niki Lauda's first world championship title with Ferrari. The company was then Official Timekeeper for Scuderia, and it was the first time that Monza had appeared on the dial of a watch. This was a stylish design with its black cushion case and its pulsometer and tachymeter scales, along with red hands and counters. This anniversary reissue goes back to these roots. It revives the two scales, both linked to the chronograph, to measure heart rate and to convert time into speed. Hands and counters have the original colour codes, and the black case is again cushion-shaped. The one difference is that the case, previously in steel, is now in titanium and has a larger, 42-mm diameter. This Heuer Monza is driven by Calibre 17 on an ETA 2894 base. 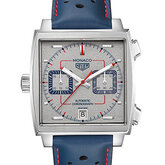 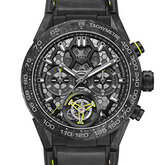 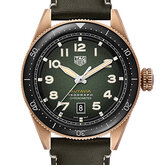 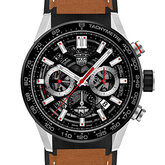 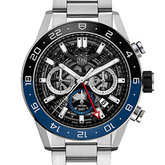 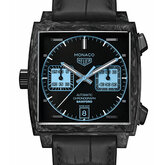 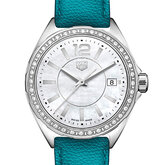 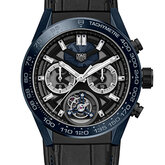 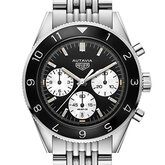 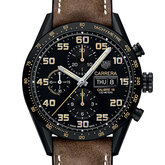 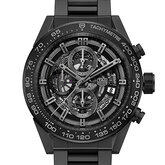 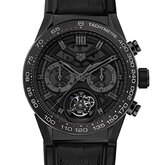