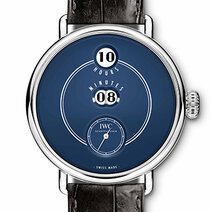 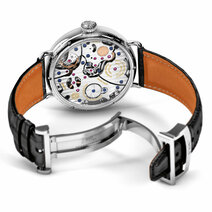 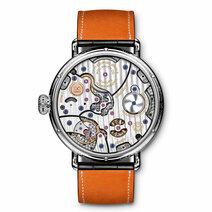 In 1884, IWC presented a pocket watch equipped with the Pallweber system, named after its inventor. This was a remarkable timepiece as it displayed hours and minutes not by hands but by means of large numerals printed on rotating discs. Regretably, this watch was, dare we say, before its time and failed to encounter the success it deserved. Which certainly won't be the case of this re-edition. Now in wristwatch form, it pays tribute to the pioneers of the day while celebrating IWC's 150th anniversary. Shown here in steel with a blue dial – with additional versions in platinum or pink gold with a white dial – its movement has been entirely updated. The impulse that advances the single-minute disc is supplied by a separate gear train with a barrel of its own. A release mechanism that connects to the main gear train unlocks this train every 60 seconds then immediately locks it again. After ten minutes, the single-minute disc moves the 10-minute disc forward one position. Every 60th minute, the hour disc jumps to the next numeral. 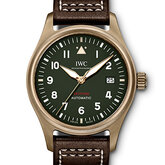 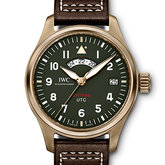 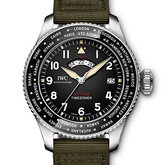 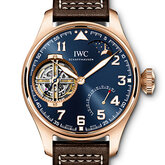 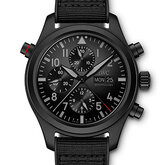 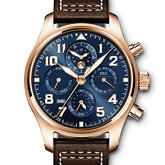 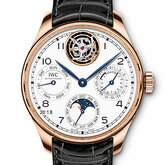 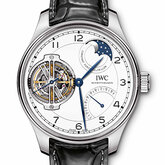 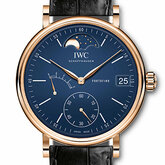 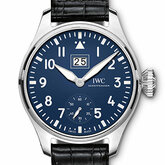 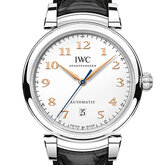 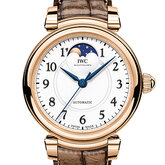