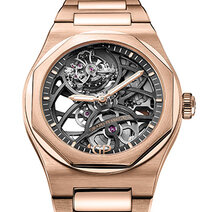 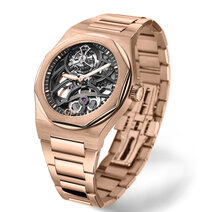 Introduced in 1975, the Laureato was the first quartz watch to vibrate at 32,768 Hz. Brainchild of Girard-Perregaux's mighty R&D division, it was the highest-performing watch of its day and its frequency is still the industry standard for quartz. After lingering on the sidelines, the Laureato has been at the forefront of the brand's offering for the past two years, now with mechanical movements and in classic iterations alongside some "wilder" models. On this latter note, this skeleton with flying tourbillon, in pink gold, introduces a graphic architecture defined by the diagonal that runs from the offset barrel to the tourbillon. The dial has been pared back to an hour ring with applied gold markers and logo, leaving an open view of the movement and the openworked bridges with NAC coating. 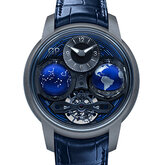 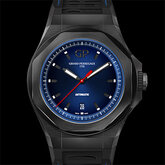 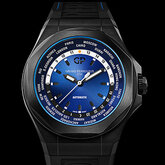 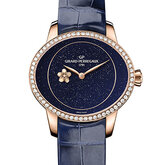 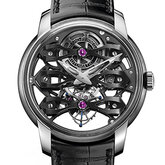 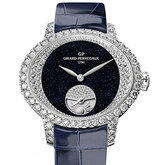 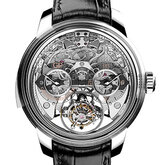 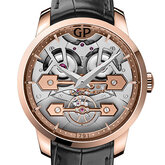 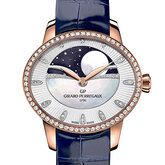 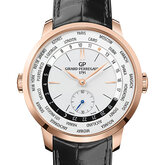 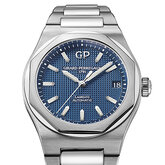 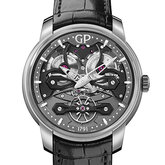