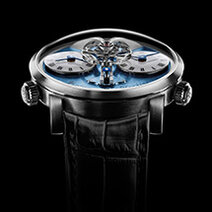 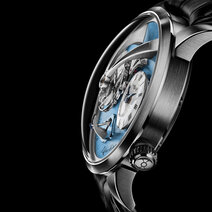 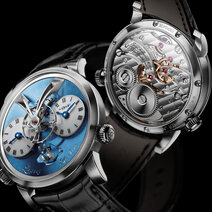 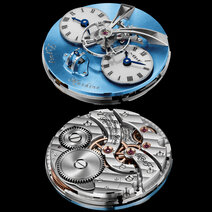 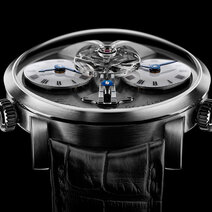 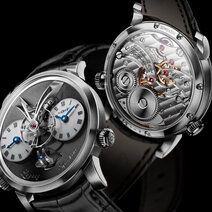 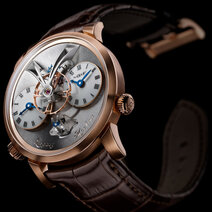 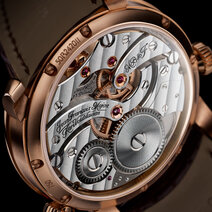 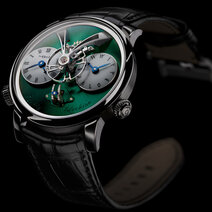 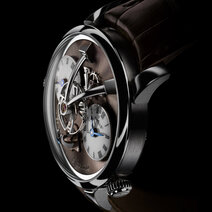 Legacy Machine N°1 is a sublimation of classical excellence and traditional – in MB&F’s sense – watchmaking. It is also the first in a new collection, launched in 2011, that answers the question: what if Maximilian Büsser had been born not in 1967 but in 1867, before Star Wars and fighter jets existed? Hence inspiration comes from pocket watches, the Eiffel Tower and Jules Verne to create a Legacy Machine N°1 that resembles a miniature sextant, with a world-first vertical power reserve indicator and arched bridges supporting the flying balance wheel. A further distinctive feature is the ability to set the dual time zones independently of each other. LM1 was awarded the Public Prize and the Men’s Watch Prize at the 2012 Grand Prix d’Horlogerie de Genève. 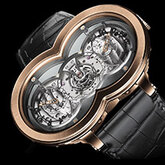 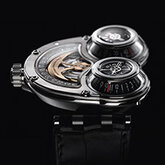 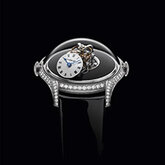 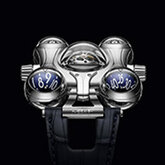