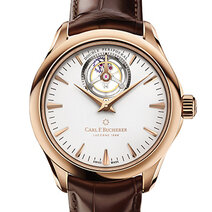 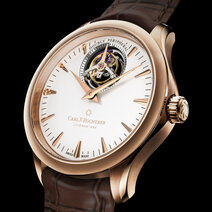 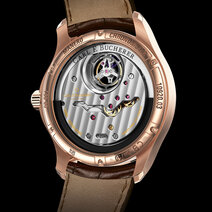 The inventor, in 2008, of a particularly robust and reliable peripheral winding system, Carl F. Bucherer makes use of the same principle to suspend the tourbillon in its Manero Tourbillon DoublePeripheral. There are no bridges, upper or lower, to carry the tourbillon; instead, the peripherally mounted cage is guided by three ceramic ball bearings and laterally driven by a wheel (hidden from view). For the pallet and the escape wheel, the Lucerne-based watchmaker has chosen silicon whose properties contribute to the movement's excellent precision: conform to chronometer requirements. A stop-seconds function – rarely seen on a tourbillon – allows the watch to be synchronised with a standard time. Exactly 217 years after Abraham-Louis Breguet invented the tourbillon, and 98 years after Alfred Helwig imagined the flying tourbillon, Carl F. Bucherer writes its own page in history with the invention of the floating tourbillon. 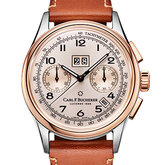 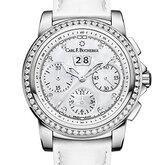 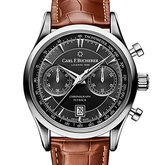