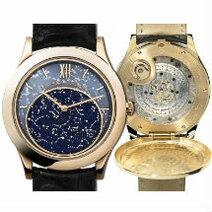 The universe on your wrist. Who has never dreamt while looking at the stars? Who has not experienced an exceptional moment under Paris sky?

With its Midnight in Paris watch, Van Cleef & Arpels enables collectors, wherever they are in the world, to look at the exact position of the stars in the Paris sky.

High watchmaking movement complications traditionally focus on attaining the utmost precision. With the Midnight in Paris watch, the mechanical complication moves into another dimension, that of dreams and poetry. The movement makes the stars disc rotates, almost imperceptibly through a 365 day cycle. Each day, a new constellations map gradually reveals itself to the eye. When you open the clasp on the back of the case, you can see the movement through a sapphire crystal, revealing the full beauty and complexity of its parts, along with a calendar that is adjusted using a wheel on the case back.

Stars landed on the night blue aventurine dial. On the back of the Midnight in Paris watch, the calendar is set with real meteorite. Indeed, meteorites are the only known physical material containing information that explains the creation of the elements of the solar system. Thus, wearing the Midnight in Paris watch is such as having a piece of universe on the wrist. 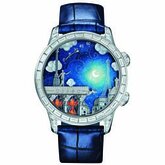 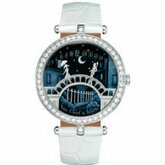 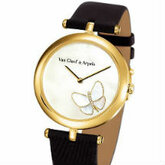 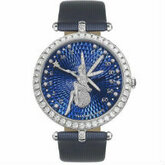 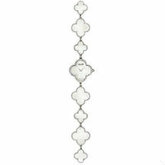 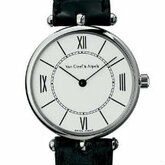 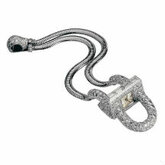 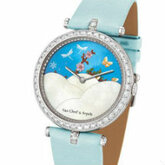