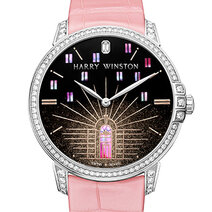 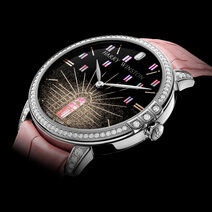 When crafting the dials on this model, presented as a ten-piece limited edition for men with a 42mm case and a ten-piece limited edition for women with a 39mm case, Harry Winston partnered with Nakaya, a Japanese company specialising in traditional decorative techniques - in this instance urushi lacquer combined with maki-e (for the sprinkling of palladium and platinum powder) and raden (for the mother-of-pearl inlay). The result is a depiction of a dark night in New York City (Yozora means "night sky" in Japanese), surrounded by a white gold case with diamonds around the bezel and on the lugs. The arches alongside the crown are set with three impressive diamond brilliants and represent the arched entrance to Harry Winston's Salon on Fifth Avenue. As for the emerald-cut diamond at 12 o'Clock, it reminds us of Mr. Harry Winston's passion for large stones. 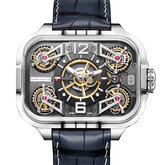 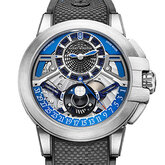 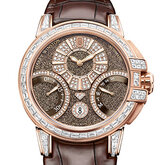 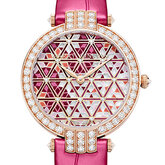 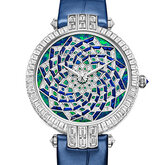 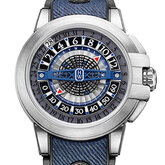 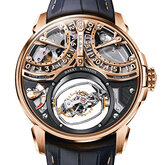 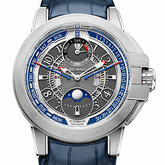 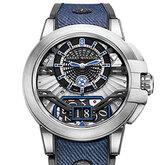 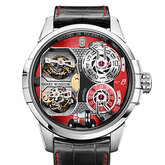 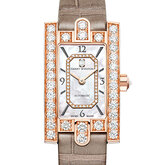 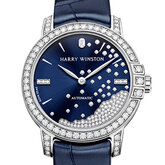