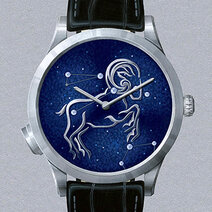 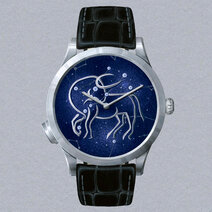 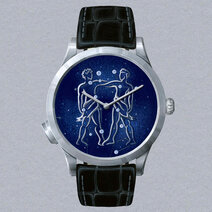 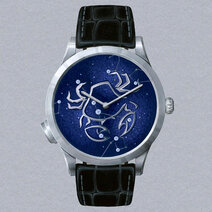 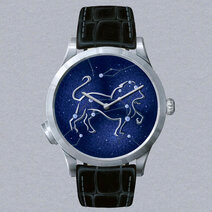 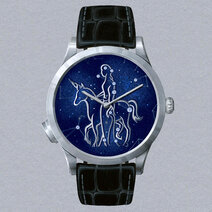 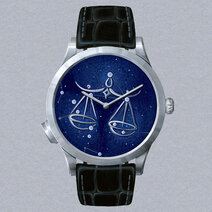 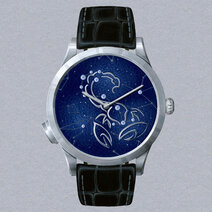 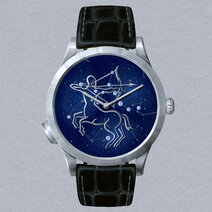 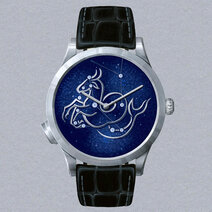 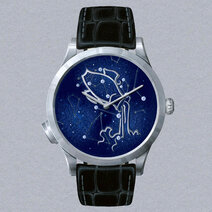 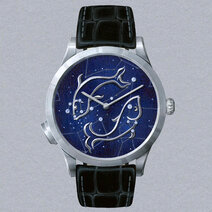 Developed as an initial version in 2016 for the Midnight Nuit Lumineuse, the automatic mechanical movement across the 12 watches in this collection lights up, on demand, the 12 signs of the Western Zodiac. It does this thanks to a phenomenon known as piezoelectricity, which is the capacity of certain materials to accumulate an electrical charge when subjected to mechanical constraints. The module, developed for Van Cleef & Arpels, incorporates a ceramic blade - a press on the pusher at 8 o'Clock makes this blade vibrate and generate sufficient electrical energy to light between four and six LEDs. At the press of a button, they backlight translucent enamel beads on the dial which glow for three seconds. 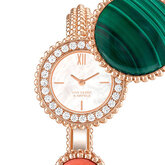 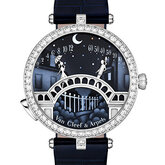 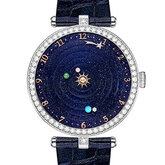 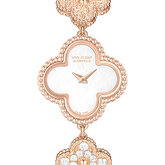 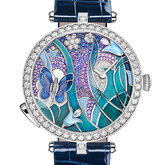 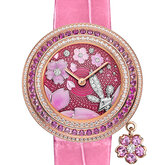 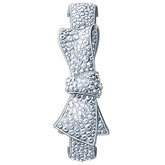 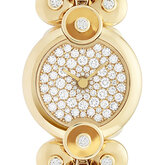 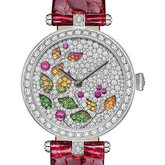 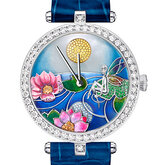 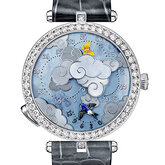 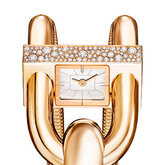