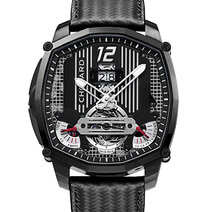 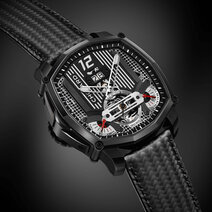 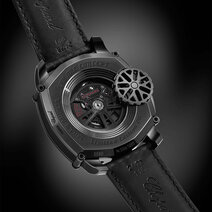 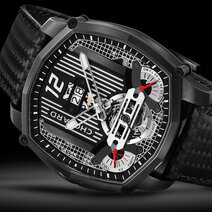 Introducing Chopard’s first concept watch. Dedicated to the Mille Miglia classic car race — the brand has been the Italian race’s principal sponsor since 1988 — it has something of the L.U.C Engine One Tourbillon in the cylinder-head design of the bridges. Measuring an impressive 48.6 x 46mm and 14.85mm high, the case is cut from titanium then blackened with a DLC treatment. Displayed are hours and minutes, small seconds on the tourbillon at 6 o’clock, power reserve at 8 o’clock and days of the week on a retrograde indicator at 4 o’clock — a first from Chopard. The Chopard 04.03-M is not only the first non-round tourbillon movement with automatic winding; at 485 components it is also one of the most complex ever from the brand. So as not to get in the way of the wearer, the crown has been moved to the back of the case. A patent has been filed for this system. The second patent is for the stop-tourbillon mechanism which works in a similar way to a car’s disc-brake. This Mille Miglia Lab One is COSC chronometer-certified and produced as a limited edition of 20. 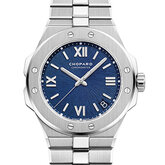 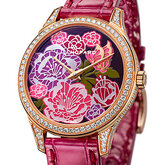 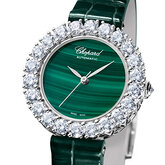 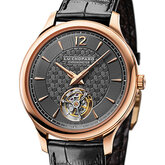 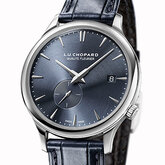 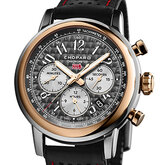 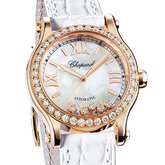 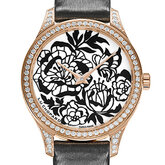 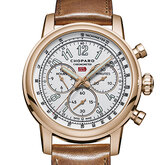 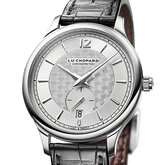 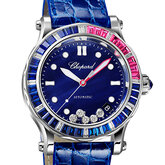