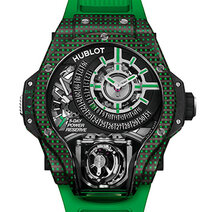 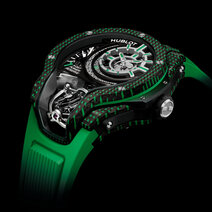 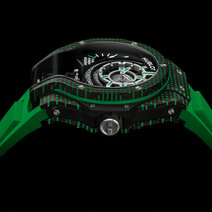 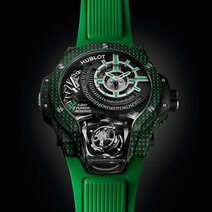 MP — for Manufacture Piece — is the name given to Hublot watches that fuse revolutionary movements with spectacular designs. After versions in titanium, King Gold and black 3D carbon, the MP-09 gets a new livery as a showcase for the bi-axial tourbillon movement. Designed on two different planes to give a full view of the tourbillon, the case is again in 3D carbon, this time through-tinted in four different colours, each proposed as a limited edition of eight pieces. These four shades of yellow, blue, green and red are picked up on the structured rubber strap, indices and hands, thus highlighting its sports-watch character. Manually-wound for five days of power reserve, the HUB9009.H1.RA movement incorporates a bi-axial tourbillon that makes one rotation on its first axis in one minute, and on its second axis in 30 seconds. This dual rotation was a guiding factor for the design of the inclined case. 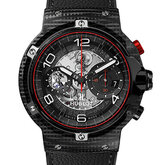 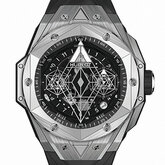 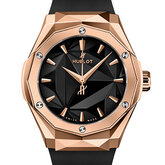 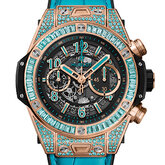 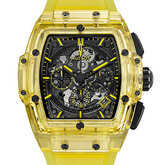 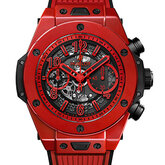 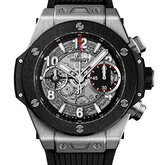 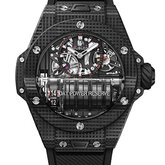 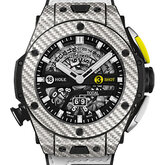 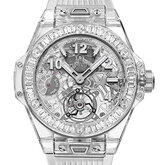 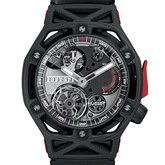 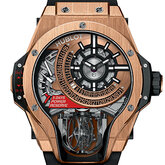