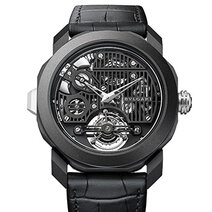 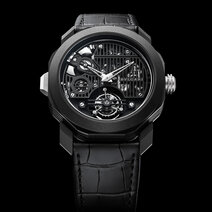 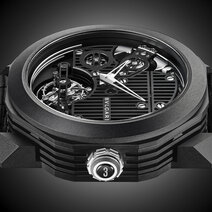 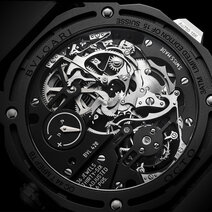 Bulgari, which operates its own fully-integrated manufacturing facilities, has forged a reputation for complicated watches, in particular chiming mechanisms. True to form, this year it presents the Octo Roma Carillon Tourbillon. Components for the case and the tourbillon movement have been specifically conceived to produce a sound that is both crisp and powerful. For example, the titanium case is hollowed to reduce the amount of metal between inside and outside, thereby enhancing the transmission of sound, which also travels through the three openings in the case corresponding to the three chimes. These are fixed directly to the case, again for the most effective diffusion of sound. The back of the case is also hollowed and finished with a titanium grid to protect this resonance zone and allow sound to be transmitted to the outside. 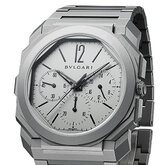 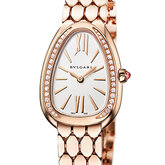 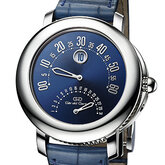 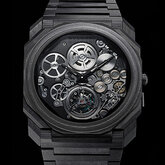 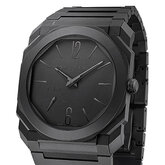 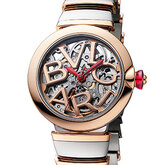 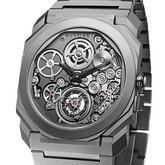 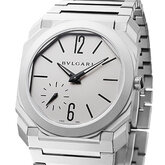 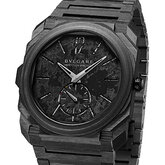 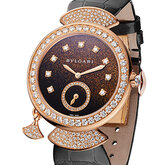 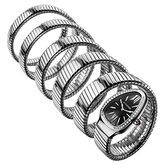 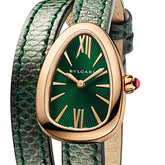