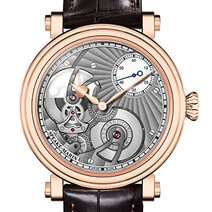 In 2014, Speake-Marin initiated a strategy to develop its own, in-house movements as the SMA collection. The first of these calibres was a 3 Hz, intended to equip complicated watches such as minute repeaters and double tourbillons. The brand followed this with the SMA01, a 4 Hz movement showing hours, minutes and seconds which joined the One & Two range, and can now be admired in a new version. Both the case and the movement of this One & Two Openworked have been completely refreshed. For example, the crown and lugs has been moved closer to the case. As for the movement, which is COSC-certified, the small seconds subdial is built into the calibre by way of a special module. Proposed in pink gold or titanium, with 38mm and 42mm diameters. 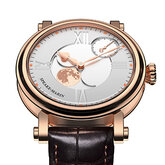 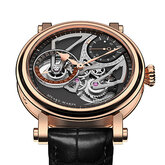 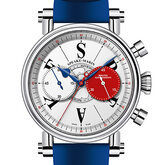 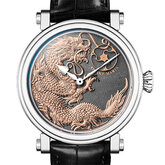