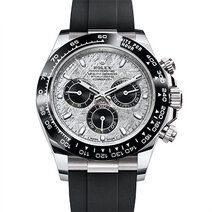 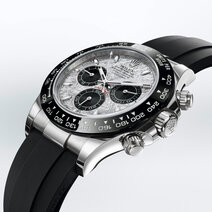 The benchmark for all fans of motor racing and speed, having made its debut in 1963, the Cosmograph Daytona is back in pole position, now in white gold with a 40mm diameter. But what really sets this version apart is the metallic meteorite dial. Textured with natural formations known as Widmanstätten patterns, the anthracite colour of this extra-terrestrial material — composed primarily of iron and nickel — contrasts with the three black Chronograph counters. There is more black on the monobloc Cerachrom ceramic bezel with a tachymetric scale. Powering this icon of speed is Calibre 4130, an automatic chronograph movement. Released in 2000 and entirely developed and manufactured by Rolex, it engages the clutch with a robust column wheel and vertical clutch mechanism for an instantaneous and precise response. The wearer will appreciate the practicality of a 72-hour power reserve. 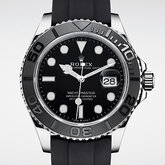 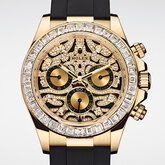 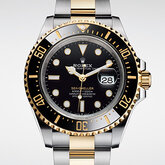 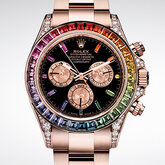 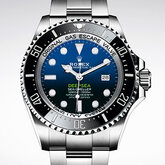 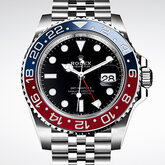 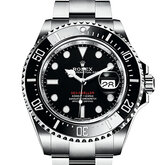 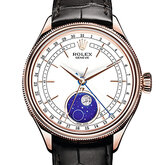 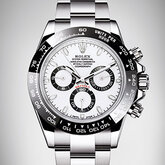 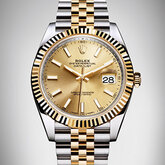 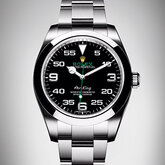 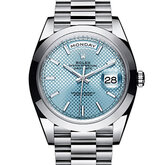