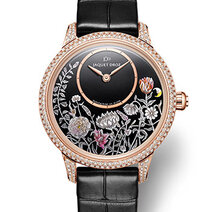 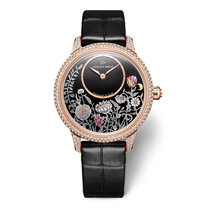 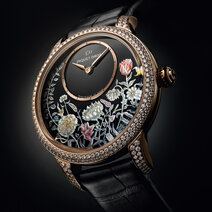 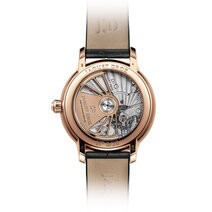 The Petite Heure Minute with its off-centre dial at 12 o'clock is a minimalist timepiece with respect to its functions but open to every possibility in terms of watchmaking's companion crafts, the métiers d'art. Described by Jaquet Droz as a "master painting", it is a canvas for the extraordinary skill of the Manufacture's artists in enamelling, miniature painting, stone-setting, sculpting and engraving. For this 2016 edition, they have brought to life a sea of flowers in shimmering colours. To do so, they have looked to the Najeon Chilgi technique, a form of lacquerwork inlaid with mother-of-pearl that flourished between the tenth and fourteenth centuries in Korea, particularly on sumptuous jewellery boxes. The mother-of-pearl is lacquered then polished, following which the artisan-engraver sculpts the individual elements into infinitely delicate volumes which are hand-painted to produce an astonishing mirror effect. 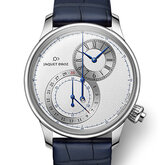 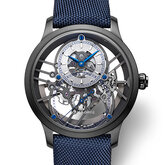 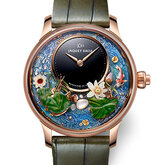 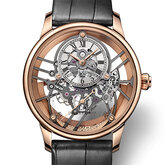 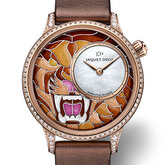 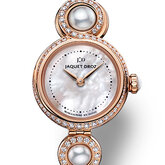 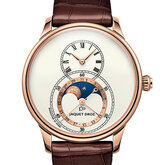 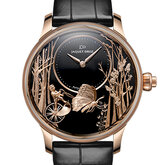 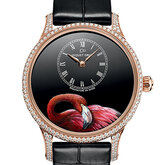 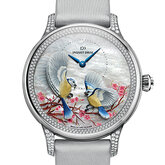 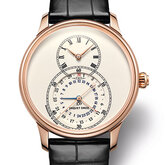