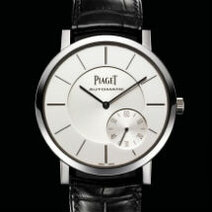 To celebrate the 50th anniversary of the introduction of its legendary Calibre 12P, the world’s thinnest mechanical self-winding movement at that time, the Manufacture de Haute Horlogerie Piaget is presenting the Piaget Altiplano 43 mm equipped with the 1208P calibre.

Because it stems from the expertise in ultra-thin movements that has become a hallmark of the Piaget style, this 13 ¼-lignes mechanism once again sets new limits by becoming the thinnest self-winding movement currently on the market, at 2.35 mm. Loyal to its tradition of fine craftsmanship, the Manufacture de Haute Horlogerie Piaget has made a point of honour of treating its new ultra-thin calibre to exceptional finishing: in addition to the bevelled bridges adorned with Côtes de Genève and blued screws, the 1208P also features circular satin-brushed wheels as well as a dedicated index-assembly bearing the P for Piaget like a Secret signature. The latest Altiplano model features a new 43 mm-diameter case size and is just 5.25 mm thick, making it the thinnest watch in its category. 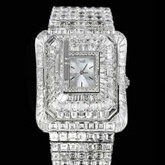 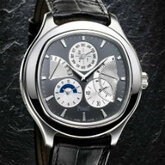 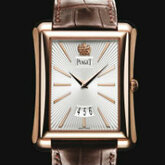 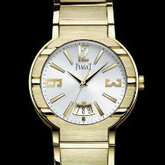 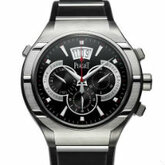 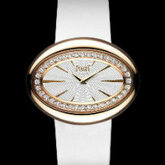