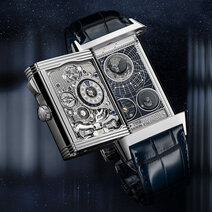 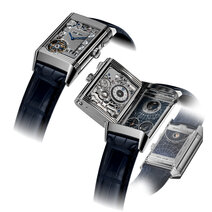 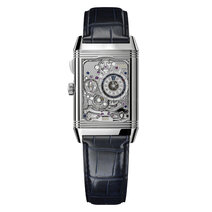 Eighteen years after the first Hybris Mechanica, Jaeger-LeCoultre presents the most complex Reverso ever. Composed of 11 complications, this Quadriptyque is a celebration of the Reverso’s 90th anniversary and a demonstration of virtuoso watchmaking. The perpetual calendar, tourbillon and minute repeater are joined by unprecedented astronomical functions including the synodic, draconic and anomalistic cycles of the moon. Together they predict solar and lunar eclipses in addition to rare lunar phenomena such as supermoons. All this with one single adjustment of the moon-phase display in 1,111 years. All four faces — a world first — contribute to this plethora of complications which are driven by the manual-winding Calibre 185. Twelve patents were filed during the six years required to develop the movement. Never before has the cosmos revealed so many of its secrets in such a small space and, most of all, in a wristwatch. 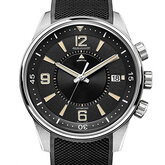 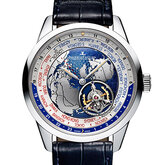 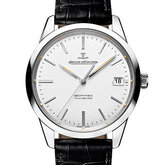